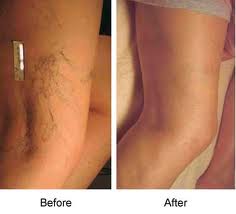 Airport body scanners like those used in Fort Lauderdale and Orlando may pose a significant cancer threat, particularly to those over age 65 and women genetically at risk of breast cancer, some medical experts warn.

Because the scanners’ lose dose of radiation penetrates just below skin level, it could imperil the lens of the eye, the thyroid and a woman’s breasts, said Dr. Edward Dauer, head of radiology at Florida Medical Center in Fort Lauderdale.

“I think it’s potentially a real danger to the public,” he said, noting that even a small dose could be risky for people predisposed to cancer. “This is an additional exposure.”

The Transportation Security Administration insists the scanners are safe and cites independent studies, saying the radiation levels are far below acceptable limits. Still, a growing chorus of scientists and doctors say that even a small dose of radiation could pose unnecessary danger.

The scanners in question use backscatter technology to create an image of a passenger, enabling security officers to see whether dangerous items are hidden beneath clothing. The problem, Dauer said, is the machines emit ionizing radiation.

“Ionizing means it knocks the electrons out of your body, which breaks your DNA chain, which can cause death or cancer,” he said.

The TSA has installed about 250 of the scanners at 40 U.S. airports, including 10 Fort Lauderdale-Hollywood International Airport. Backscatter machines also can be found in the Los Angeles, Chicago and Boston airports and at New York’s JFK.

The agency also uses more than 540 millimeter-wave scanners, considered a safer option because they don’t rely on radiation. Those machines are in use at Miami and Palm Beach international airports.