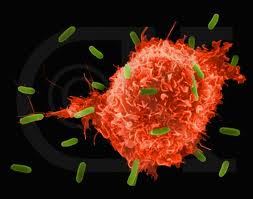 Jennifer Shula needed help and someone to be there when things weren’t looking so bright. Back in June 2011, Shula was diagnosed with ovarian cancer, the type of cancer that forms in tissues of the ovary. The 25-year-old Sunrise resident didn’t know where to turn or what to do to keep her spirits up.

That’s when her good friend, Brittany Goldsmith, decided to do something about that and work on a special project to get the entire community involved. It’s called Shula’s Run for Ovarian Cancer and it’s going to take place at 7 a.m. on March 18 at Tradewinds Park in Coconut Creek.

“I never thought somebody could be so sweet to do something else so that people don’t have to go through this,” an emotional Shula said. “We’ve met ovarian cancer survivors through this.”

Shula and Goldsmith met as co-workers at Blockbuster. Their friendship grew into what it is today, where the 23-year-old Goldsmith would run through a wall for her companion in need.

“I really wanted to spread awareness to other people,” said Goldsmith, who received a degree in exercise science and health promotion from Florida Atlantic University. “This can happen to anyone of any age. I want to encourage young women to get checked out.”

At first, Shula wasn’t sure what was going on when she felt pain on the left side of her hip. It got to the point where she couldn’t stand up straight. That’s when she decided to go visit a doctor.